2014 World Car of the Year Goes to the Audi A3, Other German Automakers Recognized 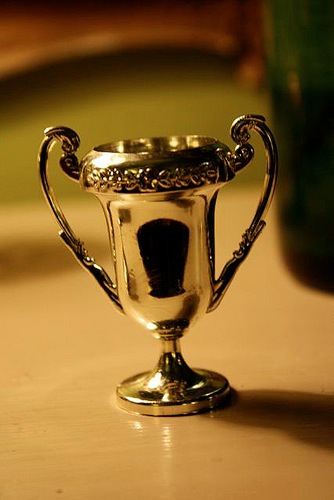 2014 World Car of the Year Goes to the Audi A3. Also congrats to Porsche, Mercedes-Benz and BMW.
Photo Credit: Julie Rybarczyk

Congrats are in order for Audi!

They received the award for World Car of the Year 2014 for the Audi A3. The announcement was made at the New York Auto Show earlier this month.

The voting panel, made up of a jury of 69 automotive journalists representing 22 countries, selected the third generation Audi A3 over 23 other automobiles to win the impressive title.

Audi is no stranger to this award. In 2005, they won the same award for their A6 model.

Other honorable winners at the 2014 World Car of the Year Awards ceremony went to:

Cheers to Audi and the other German automakers who successfully beat out the competition!

Do you drive a third generation Audi A3? If so, tell us why you love it in the comments section below.

Search for a local, independent Mercedes-Benz repair shop with Mercedes-Benz mechanics that have dealer-level expertise at a fraction of the cost.